We defended Ms Potgieter after she was arrested on the strength of an affidavit lodged by Aiyer in respect hereof, had her released on bail (which initially the State was opposed to).

The charges against Potgieter were later withdrawn and we were mandated to lodge a formal complaint with IPID in respect of Aiyers conduct. This resulted in Aiyers dishonourable discharge from SAPS. The DPP will make a decision to prosecute him based on the IPID investigation.

We will never allow our client’s rights to be infringed with impunity by any official and will will always ensure that justice is done and that official is brought to task.

Sherrif of the Court Kokstad vs SAPS

We represented the Sheriff in respect of allegedly unlawful actions taken against her, resulting in a serious violation of her rights by the SAPS. The law must always be applied fairly and equally, SAPS are never above the law, and we shall ensure our clients rights are protected whatever may be necessary. 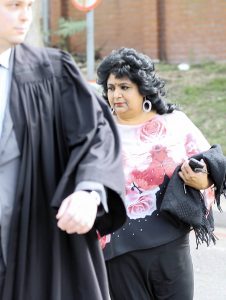 We represented the one of the accused in this matter, and after a substantial set of delays by the State we set out a well founded and legally sound opposition to a further adjournment for further investigations while our clients suffered substantial prejudice. The matter was finalised by our erstwhile employer some months later.

In this much publicised matter, we were, left with no choice but to withdraw our services from this client as a result of a breach in the ethical code which binds all legal practitioners. Clients must realise that an attorney client relationship as sacrosanct, and should not be breached, which will always result in your attorney terminating their services.

We represented our client, in respect of allegations of murder in respect of the above, and successfully applied for his release on bail at his first appearance at Court.

We were honoured to be invited to give our input to consumer journalist, Wendy Knowler on her show (aired on Talk Radio 702 and East Coast Radio) on the issue of legal intention in respect of shoplifting as an offence, and the manner in which these “petty” offenses are dealt with, often to the detriment of an accused.

See the link below:

For the first time in SA’s legal history, a Court sent our clients ex husband to jail for a substantial period of time due to his failure to pay maintenance. The Court also issued a writ of execution in order that our client is able to recover monies owed to her, setting precedent for matters of this nature.

We represented the aforementioned paramedics who were subjected to an unlawful “sting” operation and thereafter unlawfully detained. We ensured their release then prosecuted the offending police officers for their alleged criminal conduct.

BREAKING: Court rules lockdown level 3 and 4 regulations unconstitutional
The North Gauteng Division of the High Court suspended the declaration of invalidity for a period of 14 days, which means the alert level 3 regulations remain in operation for now.
iol.co.za
16 1    View on Facebook

WJ Rogers & Associates
The North Gauteng High Court has declared Ms Duduzile Myeni, former Chairperson of South African Airways, a delinquent director in terms of s 162(5) of the Companies Act. The application was brought by the Organisation Undoing Tax Abuse. Ms Myeni was ordered to pay the costs of the application. The court ordered that this declaration subsists for the remainder of Ms Myeni's lifetime, and that the judgment and the evidence led throughout it be referred to the NPA for determination as to whether an investigation of criminal conduct should follow. The court stated that "Ms Myeni's actions as chairperson of the Board caused SAA immense harm. She was a director gone rogue, she did not have the slightest consideration for her fiduciary duty to SAA."